The Apple TV may not be the most obvious Apple device to consider upgrading – but with a series of minor upgrades in recent years, when should you consider buying a new one? 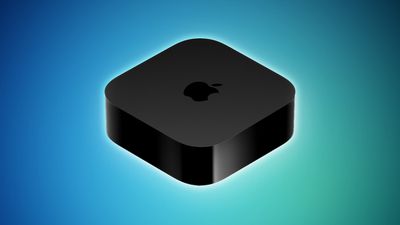 In terms of its set-top box offerings, Apple now only sells the ‌Apple TV‌ 4K (third-generation). The company launched its first modern ‌Apple TV‌ that runs tvOS, the ‌Apple TV‌ HD, in 2015. Since then, it has launched three new versions, each adding several new features and improvements over its predecessor, with some models offering more significant upgrades than others.

With a lower, $129 starting price and only one model year to choose from, new ‌Apple TV‌ buyers no longer face the same conundrum as in recent years when Apple offered multiple Apple TVs from different generations. Even so, first-time ‌Apple TV‌ customers may be able to obtain an older model second-hand or from a third-party retailer, so it will be important to weigh up exactly what was added with each new model.

See the detailed breakdown below for each new feature, change, and improvement that was added with each ‌Apple TV‌ model compared to its direct predecessor:

Unlike many other Apple devices, the ‌Apple TV‌ offers a lot of specific technical features that not all users can take advantage of due to reliance on the specifications of other connected hardware like TVs and speakers. As such, this should be the main criteria you use to determine if you need to upgrade to a new ‌Apple TV‌.

In other words, if you do not see features like high-framerate content, improved HDMI port specifications, more advanced HDR formats, and Thread support as worthwhile upgrades, it is unlikely that it will be worth buying a new model. Keen home cinema enthusiasts, audiophiles, and gamers that can use features like Dolby Atmos support, Gigabit Ethernet, and ARC and eARC support stand to benefit more from upgrading.

If you do not have a 4K HDR TV, it is probably that not much will be gained by upgrading to the latest model, but it may still be worth it if you can take advantage of better performance and more storage. If you have the first-generation ‌Apple TV‌ 4K, it will only be worth upgrading if you want features like high framerate HDR, Thread support, and more power for gaming.

It is important to note that the latest version of the ‌Siri‌ Remote, the second-generation model with a USB-C charging port, is available from Apple separately for $59. It works with all of the above ‌Apple TV‌ models, so the ‌Siri‌ Remote should not be a major factor in deciding to upgrade.