Apple has lowered the price of refurbished iPad Pro models following the announcement of a new ‌iPad Pro‌ and entry-level iPad, giving customers who may want an older model the opportunity to purchase one at a lower price. 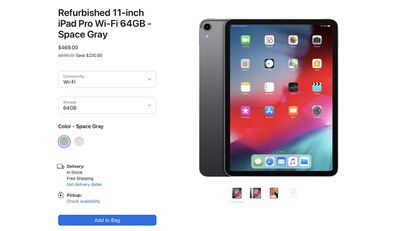