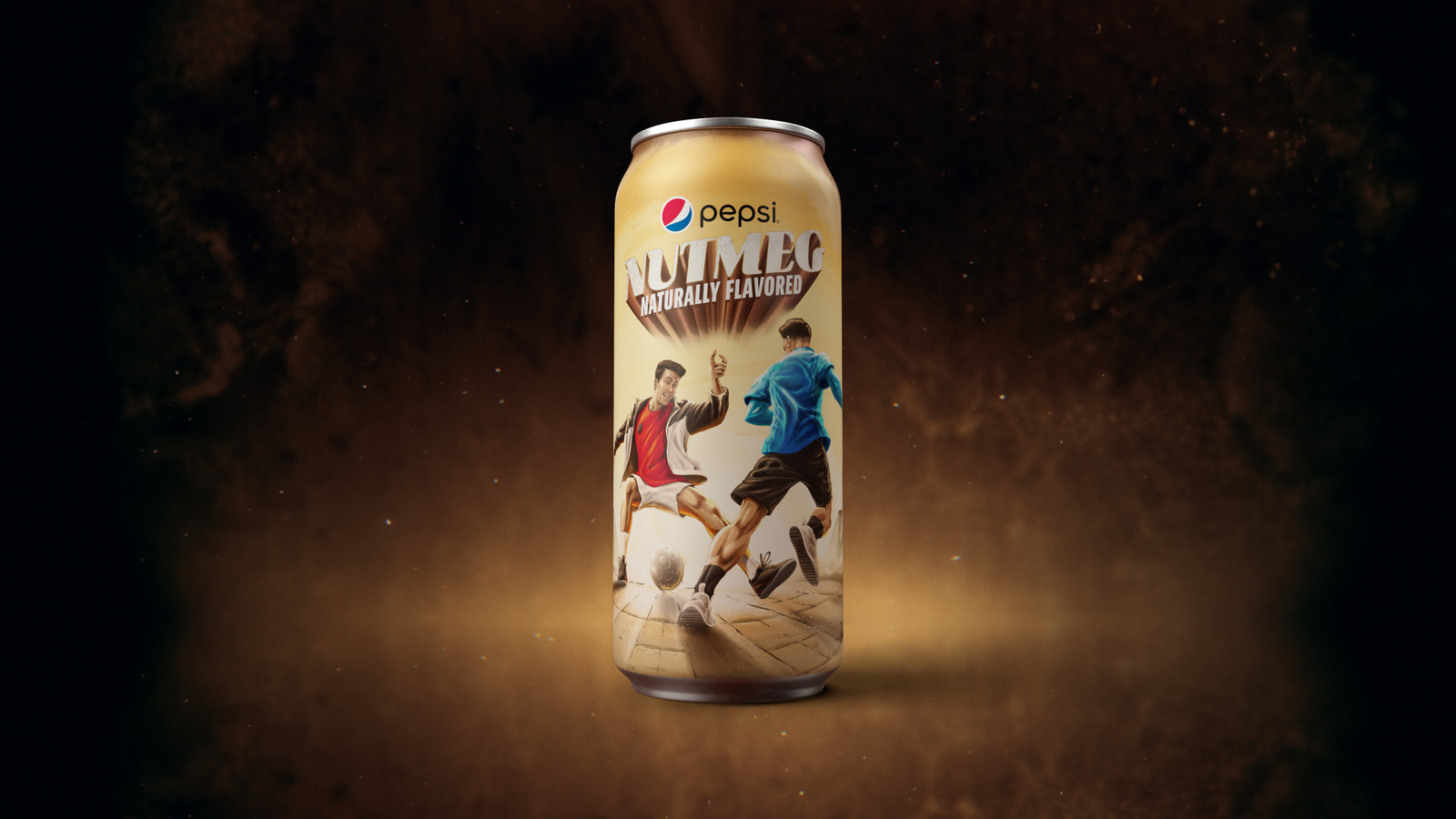 Per the press release, the new spicy nutmeg flavor is inspired by the titular soccer move, the “Nutmeg Royale.” In soccer, a “nutmeg” is when you pass the ball between the legs of another player, then run behind them and catch the ball as it rolls through. It requires impeccable judgment and skill to execute effectively. Soccer Coaching Pro calls getting nutmegged “one of the most humiliating experiences in soccer.” “Nutmegging” is a power move that gets the crowd going like little else. (YouTube is filled with compilations of the best nutmegs in soccer history, and the crowd reaction is outstanding every time.) But executed in good sportsmanship against a fellow teammate, it can also rally players during crucial game-time moments to keep their energy up. It makes for an unexpected but impactful name for the latest installation in Pepsi’s experimental soda flavor lineup.

Pepsi’s iconic dark blue and bright red design is getting revamped for the flavor as well. Pepsi Nutmeg cans are a sandy brown color and depict two soccer players mid-game. The characters are drawn from Pepsi’s promotional “Nutmeg Royale” video ad, which stars soccer champs Paul Pogba, Ronaldhino, and seven-time Ballon D’Or winner Leo Messi, via a PepsiCo press release. But Pepsi is calling it an “extremely limited” product run. Pepsi Nutmeg hasn’t hit the market yet, but the company hints that fans should keep their eyes on the brand’s social media accounts to know when it drops.