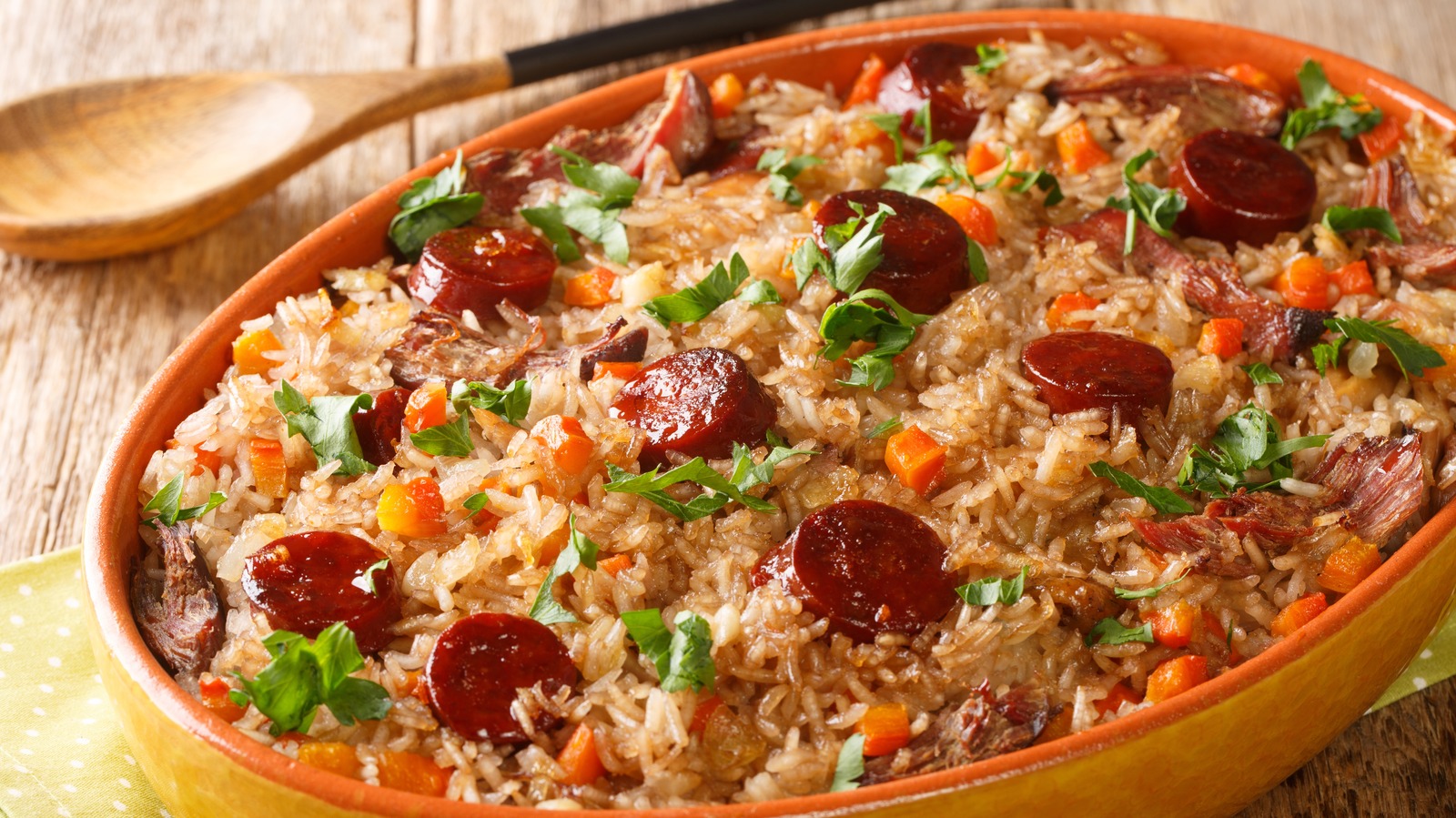 Paella is the national dish of Spain and a classic paella recipe is a great way to use chorizo. Paella is named after the pan in which it’s cooked and started as a peasant dish with humble ingredients like rice, beans, vegetables, and game meats. As the popularity of paella began to spread into upper-class Spanish society, it started to take on more luxurious ingredients like saffron, seafood, and sausage.

The classic way to make paella is over an open fire. Wood smoke from a fire gives paella the perfect finishing touch that takes the dish to the next level. If that’s not possible, you can make paella on the grill. Simply cook your seafood, sausage, and any other meats directly on the grill, then add them to the pan at the end after all the other ingredients have cooked.

The cornerstone of seafood paella is the combination of seafood and chorizo. It’s a combination that also translates well to other dishes. BBC Good Food recommends making a pot of Spanish meatballs with clams, chorizo, and squid — or using the sausage to make a salad with squid and chickpeas.